The more that hip-hop becomes mainstream, it simultaneously becomes much more underground. Real revivalists will focus on bringing back the feeling of what was so pivotal during the inception of rap all the while making it feel modern and contemporary. Ultimately, an artist is only as powerful as his core fanbase and audience deems he/she is. Artists will not reach their full potential without the support of the market, listeners and supporters. Regardless, there are certain pockets of New York and surrounding areas that artists are fulfilling en masse and they deserve attention. Arguably, these artists deserve more attention than mainstream cats because they do not have as much awareness and their musical output is just better – plain and simple.

Hailing from Queens, NY an artist by the name of THERAVADA is emitting major wavelengths and sonic radiation in the underground New York hip-hop scene. Growing up with the name “Xen” always put an outcast cloud over his head and he dealt with hardships in school. He went through different periods of his life where he despised his name and eventually went on to identify heavily with the fact that he was a different individual than everyone around him. As far as contact information goes, Xen is the only name we know and he chooses to keep it that way. He sees himself as a “Madonna” or “Yanni” figure and decides to keep his last name discreet to protect his family. TheRavada is adopted from a form of Buddhist enlightenment traditions and he often stylizes his name to THRVD (not third.) 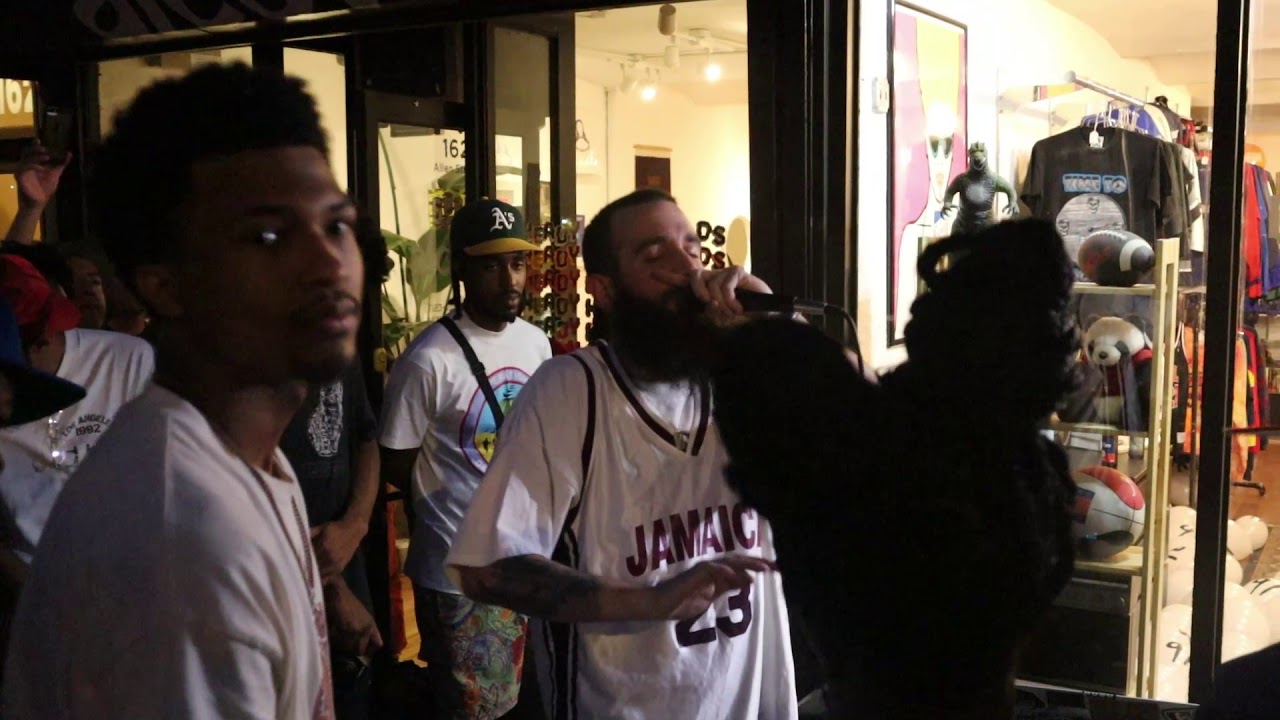 When he was around eight or nine was the time when he really started to gravitate toward the medium of hip-hop. Although not a huge Eminem fan, It was extremely formative for him to hear the way Eminem deconstructed the hip-hop genre with his own lyrical approach and uninhibited agenda. His siblings and friends put him onto different tracks from the likes of Eminem and Nas when he was a youngster. What really grabbed him by the shirt collar was hearing Nas “Ether” track. Being a QU native, Xen’s friend would playback that record over and over again to break down the bars and let the lines marinade deeply while analyzing their meaning and significance. Ultimately, Xen would become fully enthralled within the hip-hop scene as he realized that it meant something different to him than what it meant to his siblings earlier on in his life. Rather than liking hip-hop because it was a novelty substance and cool to listen to at the time, the art form gripped his soul and affected him in an unexplainable manner.

Those close to him were always able to tell that this man was destined to grace the stage. Early on, at basketball tournaments if there were ever an open microphone, Xen was able to capture the attention of an entire room. With a certain type of bravery and bravado, magnetic energy radiated from within throughout his life progression. One of the closest friends and collaborators that TheRavada has goes by the name of Rob Chambers. These two have known each other for quite some time and have been extremely influential for the cataclysm of each of their respective careers.

Rob Chambers is also a Queens native and began making beats in a haphazard experimental way. He actually first got his production tread on the PS2 game, MTV Music Generator which would provide a collection of samples that were able to be compiled into rough versions of beat selections. In 9th grade, Rob learned a lot through observation of his classmates that were frequently using the program “Reason.” Through this process, he was able to absorb bits of information pertaining to sounds, tricks and ways to make renditions absolutely crispy. He went onto invest a large chunk of his savings into Logic Pro before eventually moving onto higher quality and more efficient production programs.

What makes this duo so dynamic is the fact that their abilities encompass every facet of hip-hop artistry. They can both rap and make beats at an astounding quality level. TheRavada enjoys chopping it up on the DJ deck at house parties in a completely DIY manner. People oft inquire about what type of software he is using, but he takes great pride in using multiple YouTube tabs, and chopping songs on SoundCloud to create beat decks, soundbytes and captivating a room with infinite energy. Xen actually taught himself how to make beats and never truly visualized himself as an emcee. Sure, he saw himself as a leader and someone who could make an impact but rapping was more of an enjoyable hobby for him not his mainstay.

Due to the dissatisfaction that arose with those he tried to rely upon to rap over his beats, Xen began rapping out of necessity. Also, it gave Rob Chambers the perfectly eligible candidate to create tracks with, as Xen hoenned his skillset to step up into the much needed role. As a great writer and natural performer, it truly made sense for this to occur. As an emcee with many components, TheRavada provides multiple functions namely DJ, promoter, designer, director, artist, mixer and master. As an individual who loves to curate entire projects, he combines many ideals of old/new eras that give his catalogue such an incredible trajectory into uncharted territories.

Some would consider him an equal opportunity cynicist who brings a refreshingly grimey strand of hip-hop to the table. With that being said, he also has a certain uplifting presence that unites community members and those are in tune with his efforts. He is able to continually refine elements of his crafts to recreate and reinvent himself in order to accentuate his God-given abilities. With gritty lyricism and top-tier bars he frequently subverts conventional methods in exchange for an experimental, experiential and idiosyncratic approach that is not held back by any type of traditional constraints. Also, the way he utilizes references and is able to tap into different characters relating to sports, culture, food, apparel and world-renown figures is second to none.

A major landmark for TheRavada and a place where many saw him perform or converse was at 162 Allen St in the Lower East Side of Manhattan. The store DeepCover inhabited that space for quite some time and worked together with Procell & La Petit Mort to sell vintage clothing such as snapbacks, graphic tees and jerseys. This location provided a terrific aesthetic and gave people access to a feeling of when times were much more simple and comfortable. In that location, small brands were able to flourish and command their own degrees of success.

The store captured the essence of independence and gave many individuals the freedom to express themselves. The contemporary generation was able to inscribe its own meaning and influence by touching the root of stylistic heritage. Everyone who was apart of the Deep Cover establishment channeled original sources of inspiration to create their own interpretations of retail diversity. Fashion and music intersect tremendously and are both cyclical in nature. Trends emerge, converge vanquish and then reappear. Deep Cover does a brilliant job of channeling visceral aspirationalism through reminiscent reiteration.

TheRavada frequently collaborates with members of Mutant Academy, Rob Chambers, Paul Harris (Russia) and Sugar Montana (Holland/Netherlands) His feature projects play off his birth name in the form of Xen Griffey, Xenny Hardaway and his most recent 91 track deliverance, Xennis Rodman. To get a grip on what real Queens and underground New York hip hop feels and sounds like, tune into this man Xen and his 2000 Entertainment imprint.