Eito and the E is for Equal Opportunity. Switch the letters around and it makes I Eat Tho. Regardless, I could play with words for days just as this artist manages to mash up phrases and iterations with incredible finesse. Kevin Waur goes by Eito – a man who reigns from Virginia and Pittsburgh, respectively. He developed his craft via genres like synth pop, deep house, disco and boombap. With a microphone, this man challenges the status quo and shifts the paradigm surrounding his emergence.

Listening to the discography is the only true way to gain an understanding of the essence Eito provides. It is a travesty that he is still relatively undiscovered. Many songs on his Eito EP are reminiscent of Lupe Fiasco and provide an excellent escape for the listener. As the speaker of his poems, Eito is vocally radical and unapologetic. His debut tunes were released via record label, “LXXXIV” who has also released albums like “Groove College” by Leo Luxxxus. 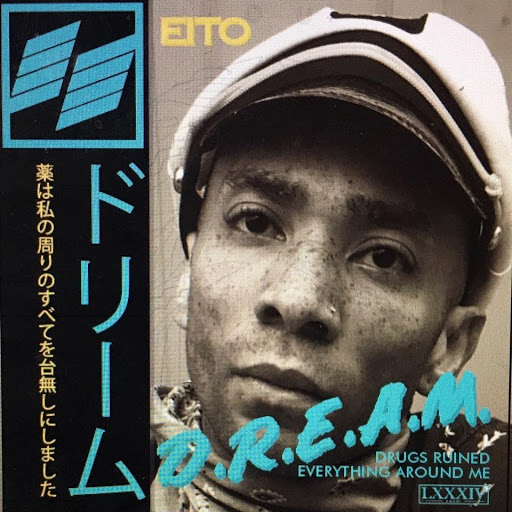 It is conceivable as to why not many people have caught wind of Eito up until this point. He has not released many tracks to date, but that is the only knock you can raise against him. Tapping into his content liberates the audience and embraces them. The “Kick Push” force is strong with this one and the vibes are essential.

Dreamville artist J.I.D. was working at Walmart until J Cole encouraged him to drop his second album. I say that to say this, this man does not need some major co sign to find success. I am just adamant that he continues to perfect his craft and put projects out for the people! Speaking of cosigns, Eito once got busy in a cosplay bathroom! Regardless, this artist has quite a bit of range.

The two words that describe Eito’s flow best are unorthodox and infectious. He dials up his own code and sticks to his individually assigned blueprint which is paramount in hip-hop. The ability to be original, divvy up cadences and downright disobey structure and formula can create numerous avenues for an artist.

“I promise I won’t stop until that fat lady Drakes.” (Homecoming)

Eito cultivates tracks that are smooth and emulative. His terrific range of output gives listeners anything to enjoy from go-go Jersey style fast and upbeat to Pharrell type production and authentic backpack raps.

What makes this artist so relatable is his “Average Joe” persona. He is clearly unique and possesses his own pizzazz but at the same time he is just another one of us. We appreciate that.