In the modern era of saturated, watered down, microwave raps it is few and far between that true connoisseurs of the game emerge from the waste. Sure, they exist and they carry on culture but how often do we hear of them gaining the attention and maintaining traction that they deserve? Regardless, Westside Gunn of Griselda Records cements himself firmly from the pavement into the backyards of your favorite A-list celebrities. How he did it: by remaining true, spitting grimey lyrics, spewing authentic venom like left and right jabs. His cadence, superior confidence and overall charisma places him atop any flame spitter that exists within this modern age.

On June 22nd, Westside Gunn deliberately delivered an album that differed from any other up until this time. His album developed in phases and included three separate titles for one body of work. Its roots sprouted from a tribute to Chris Benoit, Ghostface Killah and the Lord Almighty. For those unaware, Chris Benoit was a historical wrestling figure who ended up brutally murdering his entire family and himself. Ghostface Killah, one of the illest emcees from Wu Tang, pieces together words and conundrums unlike any other wordsmith known to man. As far as the Lord, God is the Greatest exists as the third title. For industry and Lemonwire purposes, the final product shall be referred to as “Supreme Blientele.”

For particular consumers of the hip-hop brand, right off the bat Supreme Blientele directs us to the reference of all time great Ghostface Killah’s classic album, “Supreme Clientele.” With good reason, this distinct comparison by no means mirrors Ghostface’s album but surely does pay extremely pivotal homage. As a whole, it is sampled terrifically and includes production from the likes of heavy hitters such as Alchemist, 9th Wonder, Pete Rock, Harry Fraud and Statik Selektah. If you aren’t getting excited from the mentions of those eternal hit-makers, then scroll your mouse to the corner and X this article all the way out.

Some key features that arise on this guest-heavy album do not dilute the substance, whatsoever. Individuals such as Benny the Butcher, Conway the Machine, Roc Marciano, Crimeapple, Keisha Plum and Anderson Paak submit significant key contributions to the luminous illustriousness of this timeless collection of sounds. The tastefully finished product resonates with true enthusiasts of the genre and brings home signature fly street semblances. Grime, grit and opulence all weigh heavy throughout the platinum linings of Supreme Blientele.

Mainly, the titles and subject matter of this album revolve around wrestling. Westside Gunn thoroughly enjoys wrestling as a great pastime and comes by it honestly. Throughout each and every one of his musical contributions he embraces the wrestling culture with open arms and even includes old vintage WWE clips into numerous videos. Some notable titles on this project that show a nod to wrestling are: Steiners (Rick and Scott) Big Homie Arn (speaks about iconic match between Benoit and Chris Jericho) and Brossface Brippler which is a direct representation of Chris Benoit’s finishing move – the Crossface Crippler.

Most importantly, what sets Westside Gunn apart from his peers is his vocal delivery. With creaky tones and sharp high pitched vocal verses WSG is highly capable of differentiation. As a rap revivalist, he specializes in breaking verses into micro fragments that inflict damage in different sectors of the compositional patterns. By rapping with a colossal chip on his shoulder, Westside Gunn does not tolerate any disrespect and gives respect to the hip-hop forefathers in order to earn it back tenfold. 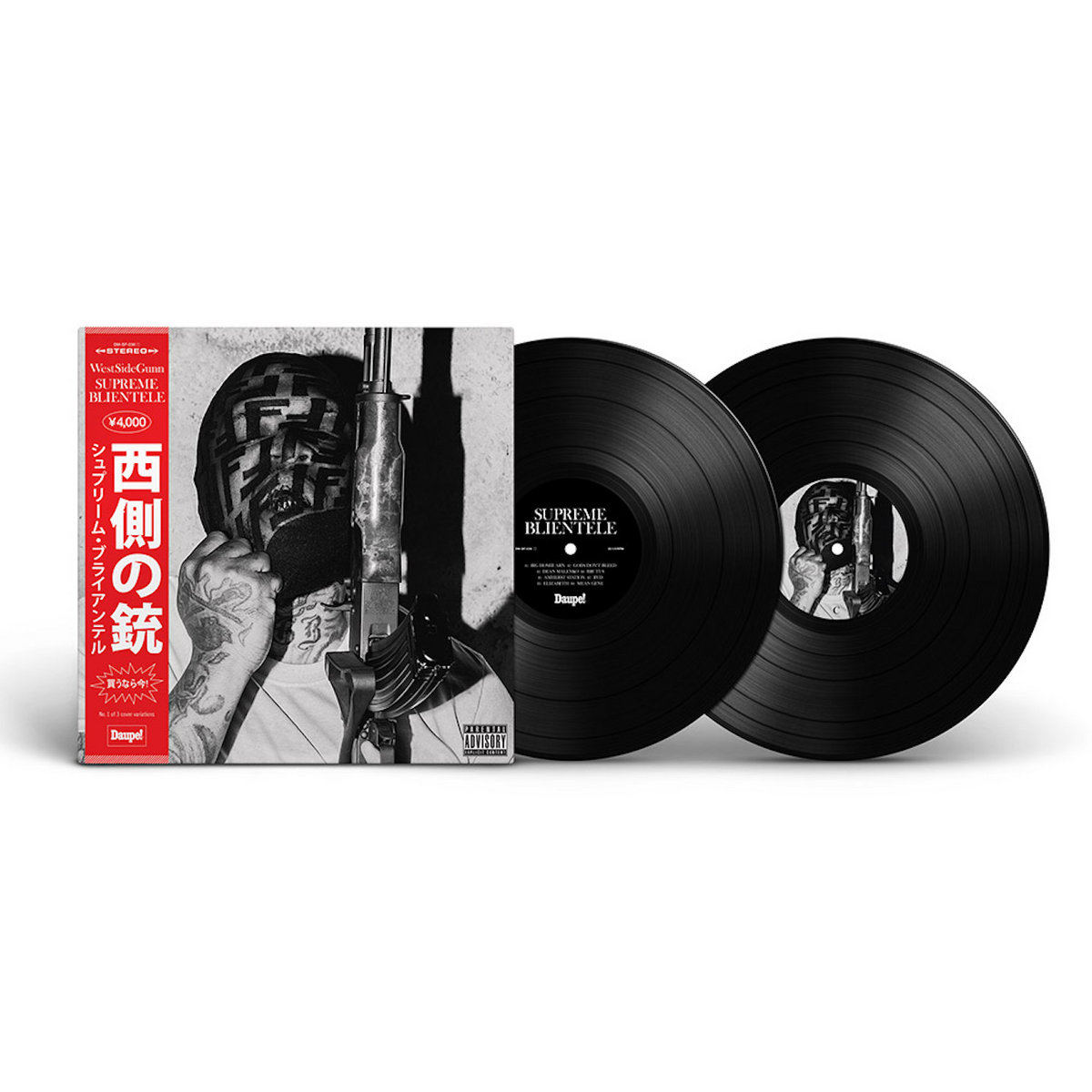 Previously, during a show at Webster Hall grand figures of the game such as Styles P and Raekwon the Ghost gave the Griselda artists the ultimate cosign. Seemingly, with support and crucial vibes this movement symbolized a passing of the torch. Simply put, it is Griselda’s duty to maintain the essence of the distinguished catalogues established from the ones who paved the way for absolute truth to flourish.

Westside Gunn made it cool to sell out vinyls in minutes. Westside Gunn is the one who invested in art and made the pieces flip for profit. Westside Gunn made half/half tee shirts popular. He does not rock with Scott Hall merely because of a fad, he truly invests himself into the art of wrestling because its what he grew up on. Certainly, his ‘first born’ project known as FlyGod set the tone for his creative genius and fashion forward mentality to receive recognition. Living in thug luxury, Westside Gunn conveys street oriented rhymes that are lyrically deft.

This symbolically adept album represents a somber and effective sound. With strength in guest appearances, content driven material and quick punch-like jab lines there are hardly any flaws. Its framework carries grainy dusty framework with absolutely no rigidity. One thing that stands out is his ability to include just the right amount of adlibs and samples while directing the focus mainly on subject matter and straight bars. His blunt and vivid delivery coupled with some of the utilized samples prove that this man belongs within a different era. Graciously, we’re extremely content that he exists in the present because he sets the tone for what out-the-mud connoisseurs of hip-hop culture deserve.

Supreme Blientele creates a prime entry point to an expanding catalogue of an ascendant hip-hop conqueror. For those curious, Westside Gunn breaks bread with surrounding artists like Roc Marciano, Action Bronson and Mayhem Lauren. Reciprocally, they are welcome into each others homes with joy and grace. Some of the notable tracks on this project are Spanish Jesus, SaBu and Stefflon Don. Stefflon Don sounds reminiscent of Ghostface Killah’s Nutmeg with extraordinary vocabulary, which is stretched, confined and combined to create an out of this world lyrical configuration. SaBu sounds like aliens involved in some sort of outer space extraterrestrial exchange fire. Lastly, Spanish Jesus involves a highly underrated artist out of Hackensack, NJ by the name of Crimeapple. If you’re unaware of his recorded inventory, I suggest you get in tune with him.

All in all, this album delivers a maximum return on investment. In comparison to his peers, Westside Gunn travels a divergent path to reach a subsequent degree. In terms of degree of difficulty, Westside Gunn does not pursue the path of least resistance. He grits and bears his teeth through the insular mud and shatters any obstacle within his path. He does not require praise, media coverage or highlights to know that his music is authentically dope and will forever emerge victorious.