Those three words proved to define the destiny of Karly Loiaza. A frustrated curfew note from her father possibly determined the fate of the most meaningful soul since Amy Winehouse. Upon bouncing from one odd job to the next, Kali Uchis pursued her career within the dwelling of her automobile. 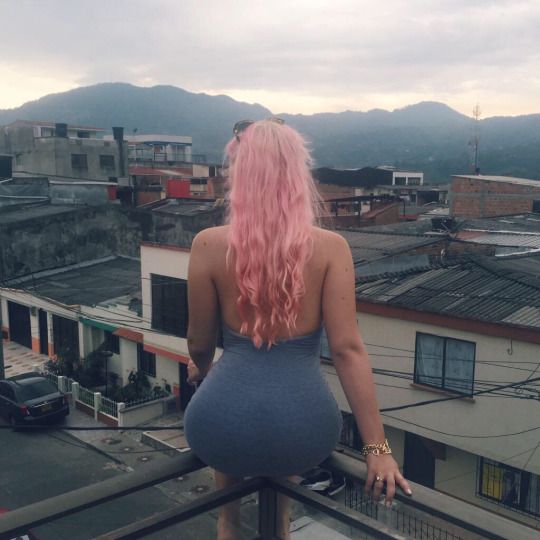 Many artists and producers sacrifice comfort and sanity in order to become prolific within their field. Kali Uchis remained firm on her independent measures and aimed to fulfill her artistic vision. Her music draws from multiple perspectives and interpretations. The vivid visual products that we obtain from Kali Uchis display magnificent elucidation.

To sustain her visual expertise, Kali tends to visually conceptualize every possible angle before putting an entire project into motion. She credits her experience during high school for the colorful and vibrant aura emitted throughout her psychedelic, multi layered videos. In high school, Kali spent much of her duration in the photo lab, where she experimented with short films and inherited valuable video editing skills.

As a teenager, Kali carried herself with awareness and defied the norms projected upon her. She utilized high school as a tool that aided her creative strategy and originated a platform for her process. In 2013, her song, “What They Say” attracted a co-sign from Snoop Dogg. Since then, Kali has hosted collaborations with Tyler the Creator, the Gorillaz and Vince Staples.

Primary project, “Drunken Babblez” catapulted Kali Uchis past mediocrity and firmly planted her bodacious being amongst the ranks of prestigious company. “Drunken Babblez” celebrated the lowrider subculture present within the uninhibited existance of California.

Uchis performs an active role within the community of equality. She believes that Latinx’s are hypersexualized and unjustly portrayed as stereotypes within the industry. Kali demonstrates her influence by proudly advocating for equality and fair treatment of oppressed people.

“I don’t like to see people using their power over others, trying to hurt people who are weak, or poor, or people with darker skin, or anyone who doesn’t have as much privilege.”

Kali Uchis blesses her fans with autobiographical songs that detail adversity and triumph. The brand of music incorporated by Uchis has been proclaimed as “soul-wop.” To give “soul-wop” more context, imagine placing Lauryn Hill in a magical music incubator with Leona Lewis. Thus, the byproduct of such a radical union conceptually forms the splendent, Kali.

Her utopian vision draws fascination from Brigitte Bardot, a French actress. Themes such as sexual liberation, exposing taboo, and an emancipated perspective of women’s empowerment are a few reasons why Bardot fuels Uchis’ drive.

Kali Uchis became significant in correlation with the lucid descriptions and meaning that a listener may evoke from her discography.

“I have dreams about the songs, it all comes from my subconscious.” (Vice i-D)

Kali clearly illustrates vivid and imaginative routes by which she streamlines her superb content.