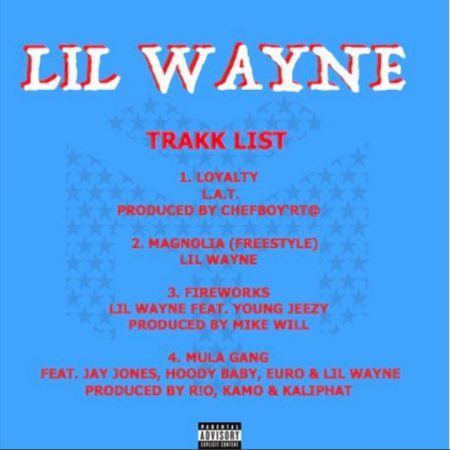 Im STILL trying to fight for my Independence but today Im saying Fuk it and giving all my fans some new music! Thanks for being there and patiently waiting while I endure this fight. #youngmoney #freeC5

Faced with his prodigious skills, he stutter-steps around the room, headbanging with increasing violence. ~ LilWayneHQ

Lil Wayne develops a second installment of mobile game, ‘SQVAD UP’ which pits Weezy as a skateboarder with special powers to fight off enemy birds. The goal is to master new skate tricks and earn badges.

Within the throws of never-ending conflict, Lil Wayne will pursue upwards of $50 million from former ‘father figure’ and longtime label mate Bryan ‘Birdman’ Williams for violation of terms (withholding profits.)
The fifth and final installment of the Carter series is completely wrapped up in all of the legal mumbo jumbo. Carter V may never see the light of day.
However, Lil Wayne will host his third annual LilWeezyAna Fest on August 25. General admission ranges from $100-$300 per ticket.